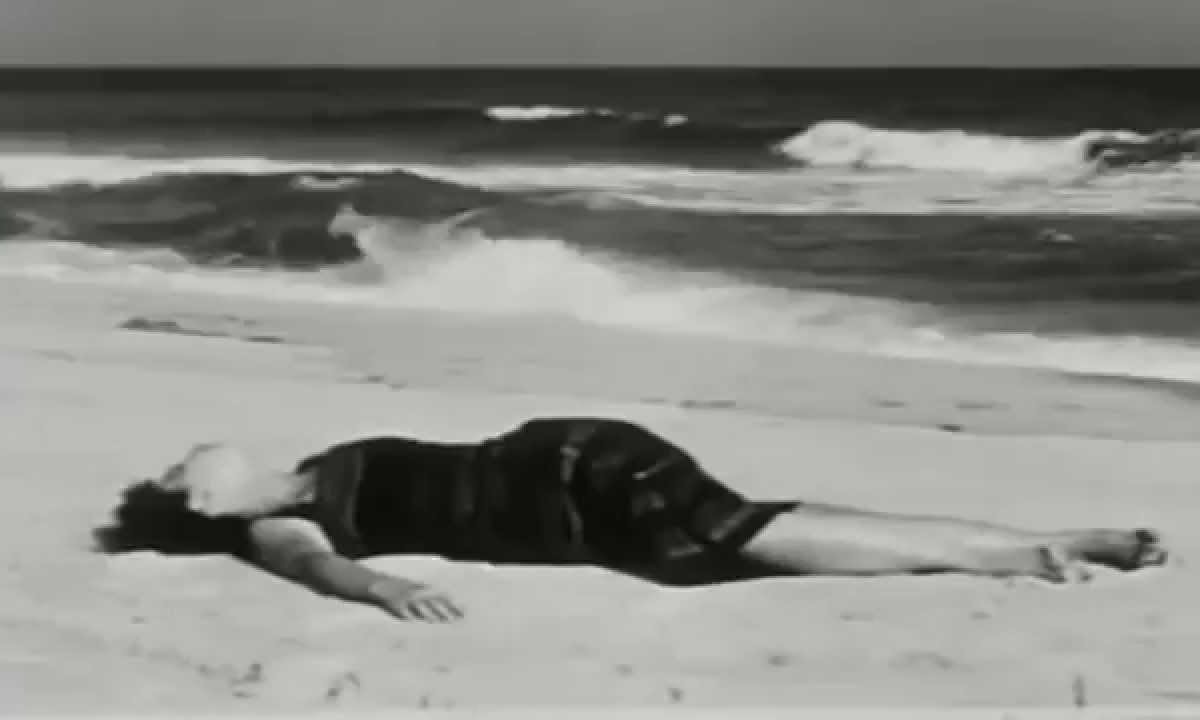 Maya Deren’s influence on the work of David Lynch is a well established fact. This is not surprising because both artists share the same appreciation for the experimental films of the early 20th century, especially those of the Surrealists (Richter, Cocteau, Duchamp), with which they have so much in common. Deren was a visionnary filmmaker who believed in the power of cinema as a true art form, something which connects her to David Lynch. His appreciation for her film Meshes of the Afternoon, for instance (among others), whose structure clearly impacted his Lost Highway, appears evident.

In addition to her work as a filmmaker, Deren was also a film theorist and some of her comments bear striking similarities to situations found in Twin Peaks: The Return. In her classic text, Cinematography: The Creative Use Of Reality, Deren wrote for instance: “In my At Land, it has been the technique by which the dynamic of the Odyssey is reversed and the protagonist, instead of undertaking the long voyage of search for adventure, finds instead that the universe itself has usurped the dynamic action which was once the prerogative of human will, and confronts her with a volatile and relentless metamorphosis in which her personal identity is the sole constancy.”

The opening situations of both works (At Land and Twin Peaks) are very similar: the body of a siren/woman (dead or unconscious) is washed ashore; this leads to an investigation into the notions of identity, doubles, and the unconscious. The way Maya Deren transcends the reality of the primodial beach by climbing a tree trunk reminiscent of Jack Rabbit’s Palace, takes her to a Palace of sorts, full of well dressed men and women, where she crawls across a table which becomes a dense jungle at moments (just as it’s necessary to cross a dark room which turns into a forest when one travels towards Phillip Jeffries in The Return)… The visual and thematic connections are numerous. 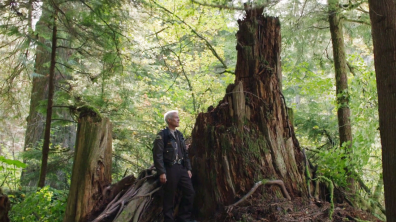 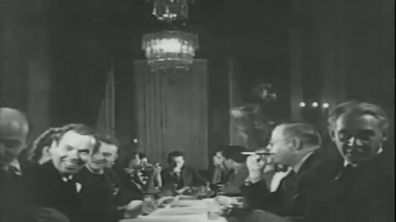 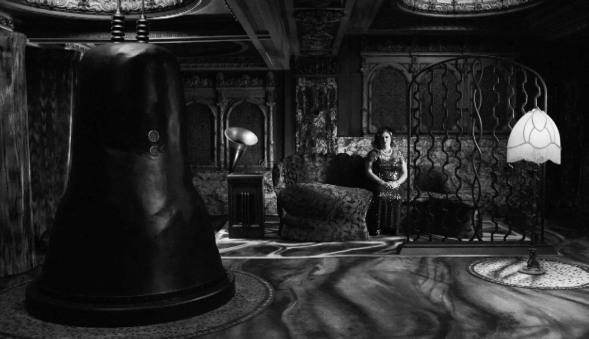 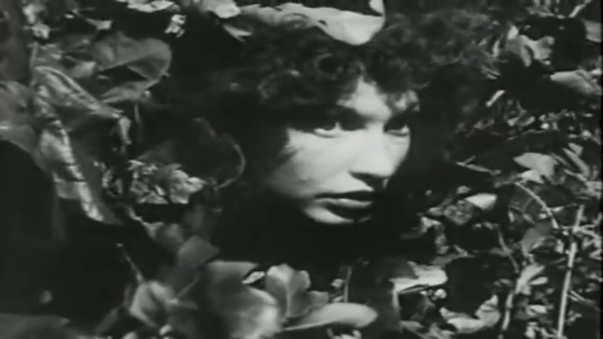 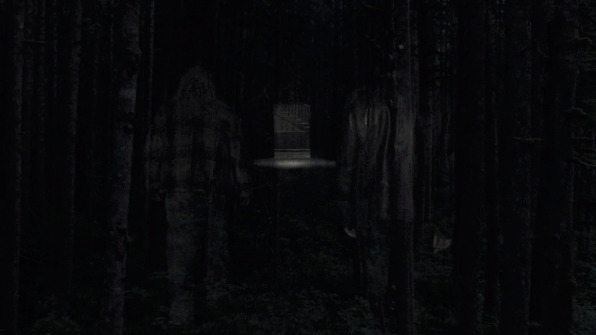 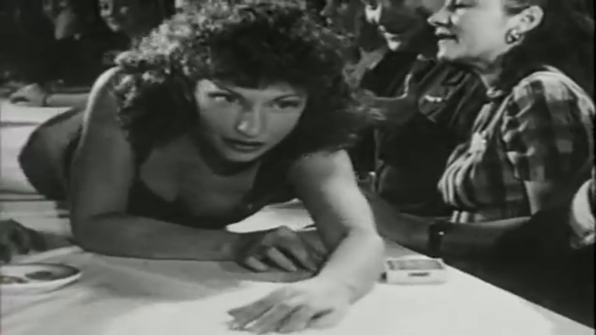 Beyond Laura Palmer’s case, what Deren writes in the text mentioned above describes Dale Cooper’s quest in The Return perfectly. In season 3,  somehow, he’s not totally in control of his own adventures anymore – the universe of the series has become the main protagonist while Cooper(s) drift(s) all over the USA, from Las Vegas to South Dakota, with no other guide in sight than his own (split) identit(ies). The “dark age” described by Janey-e is a world where “time is out of joint”, unhinged, as in Hamlet, and there might be no return possible to the former state of affairs, to the safe and cozy world of Twin Peaks as we knew it.

In Homer’s Odyssey, Ulysses has to cross the Mediterranean sea in order to return to his kingdom of Ithaca. In Twin Peaks, it’s the “ocean of consciousness” that Cooper has to sail, the spiritual concept developed by the Maharishi Mahesh Yogi to describe the depths of one’s unconscious. In order to come back to himself (i.e. to wake up), Dale needs to dive first to the bottom of that ocean and manage to survive (below the waves of his own EEG and back towards consciousness). 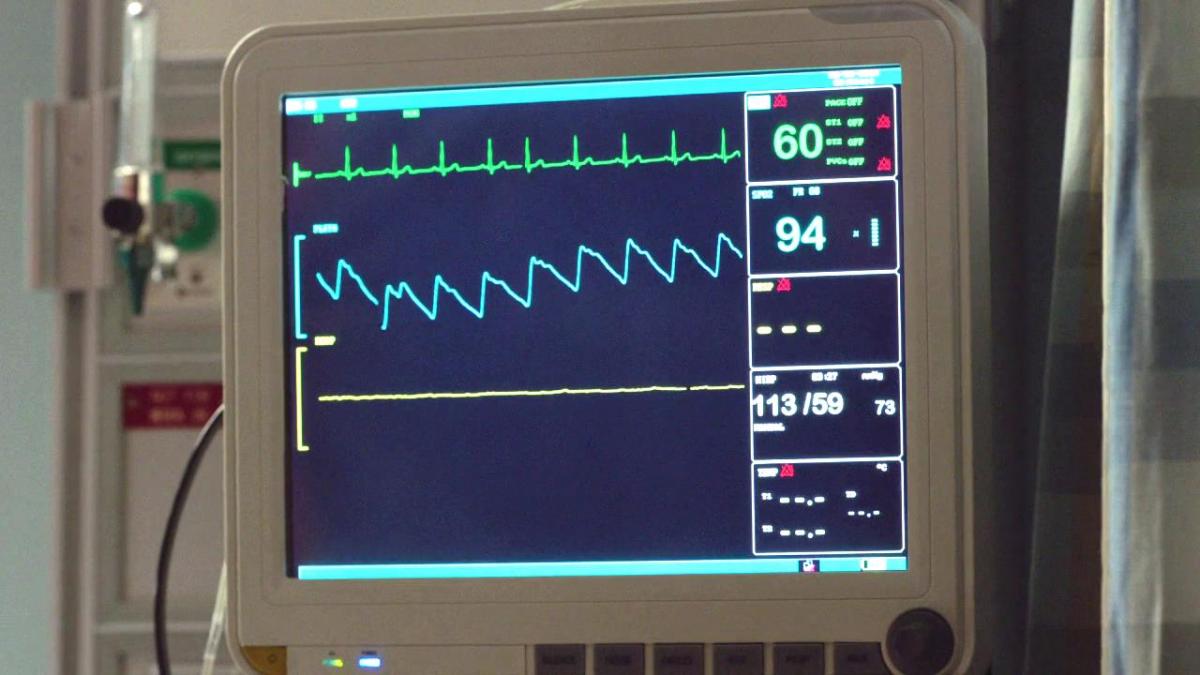 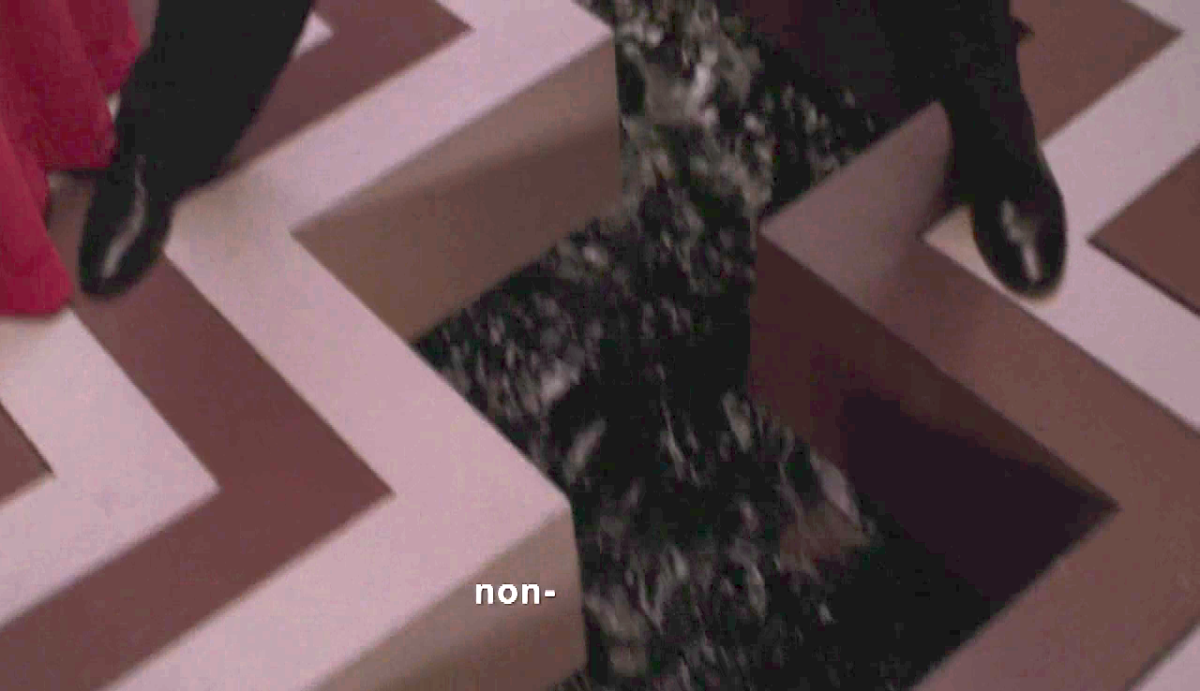 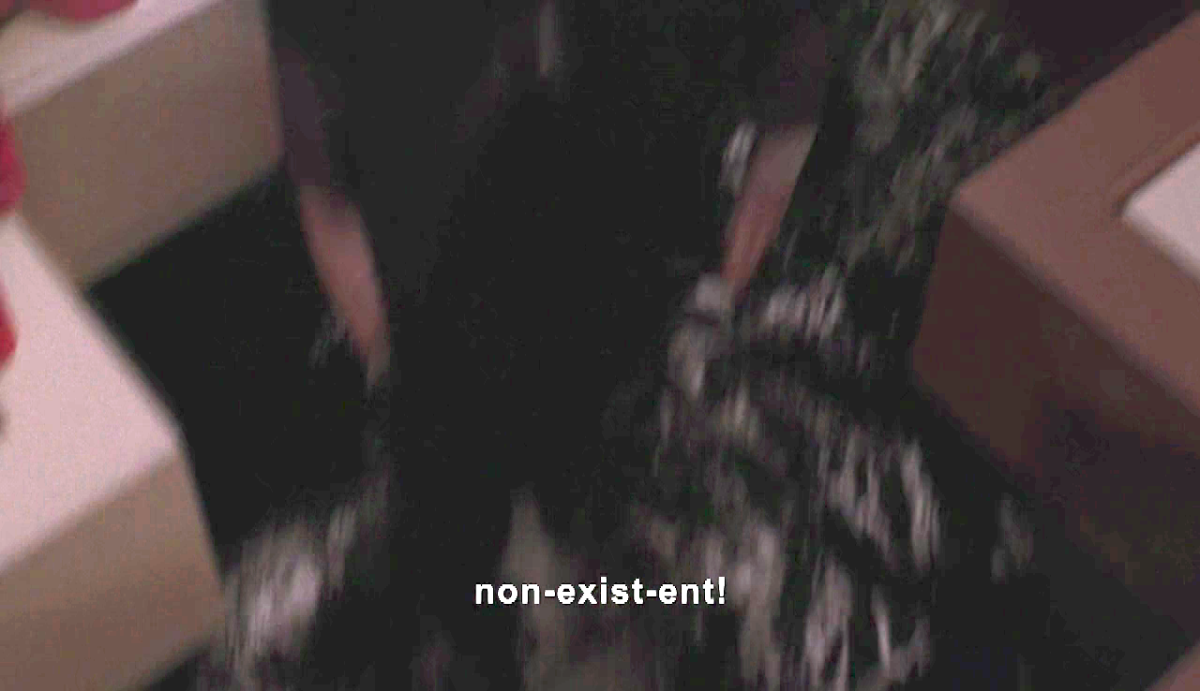 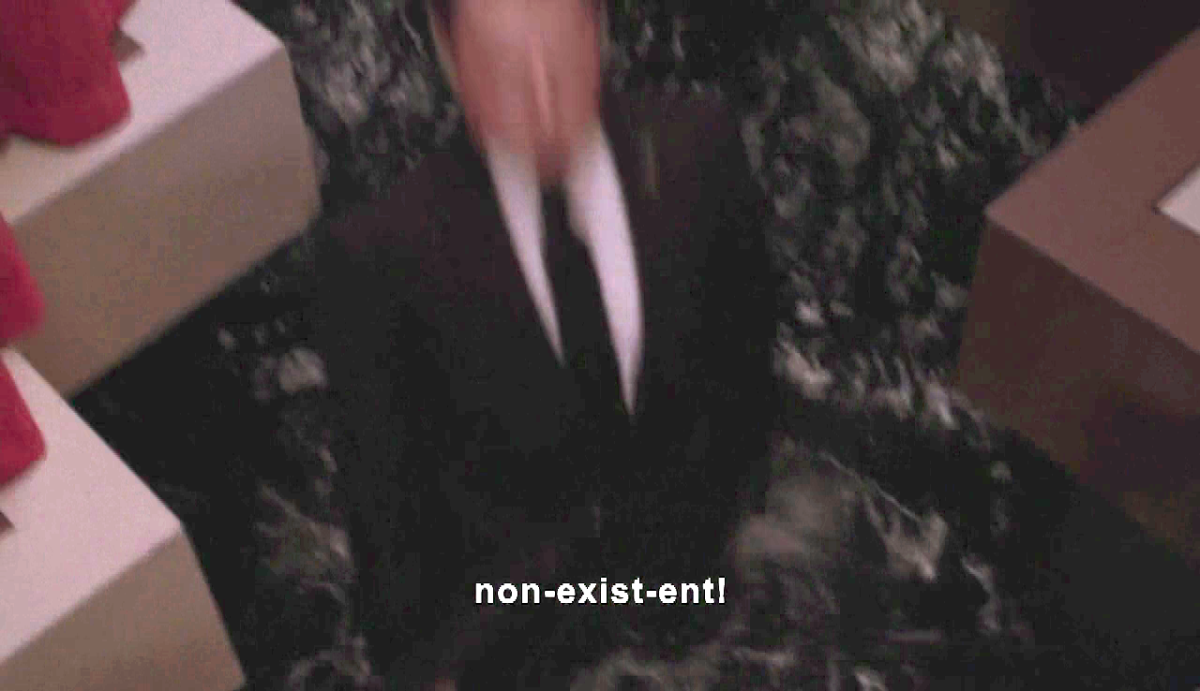 As we now know, Dale does manage to survive his exile and finally return to Twin Peaks with Laura (or a version of her). But as Maya Deren declared, “the universe itself has usurped the dynamic action” and the town to which he returns is not the one he left  (the one he was expelled from) twenty-five years ago.

Time is indeed out of joint. All of this, Dale’s situation and more globally the one the world is facing, results from the atomic explosion of episode 8. This was the point of origin for the chaos that shook the universe. The fabric of space-time was torn apart by this “singularity” whose ripples can still be felt in the early 21st Century. Because of the central role played by the ocean of consciousness in the world of Twin Peaks, waves of all sorts seem to figure prominently – from water waves to time ripples, from radio waves to electrical ones. The following quote from Maya Deren describes very well what we are facing in Twin Peaks: The Return: “The almost casual acceptance of the use of atomic energy is, if anything, testimony to man’s complete adjustment to science; for him, it is merely the most recent in a long series of achievements, some of which, like electricity and the radio, have had far more the quality of miracle” (An Anagram of Ideas on Art, Form and Film). 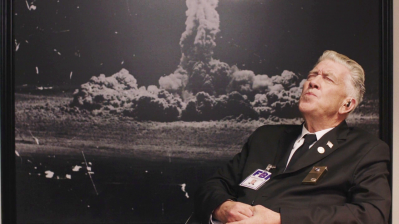 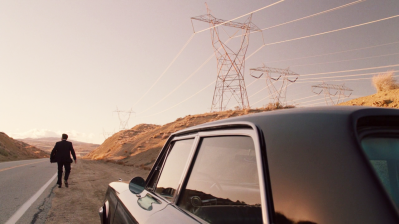 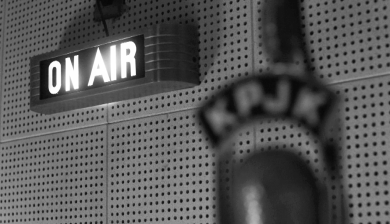 She then goes on to comment about the Surrealists: “Their ‘art’ is dedicated to the manifestation of an organism which antecedes all consciousness. It is not even merely primitive; it is primeval. But even in this effort, man the scientist has, through the exercice of rational faculties, become far more competent than the modern artist. That which the surrealist labor and sweat to achieve, and end by only simulating, can be accomplished in full reality, by the atom bomb“. 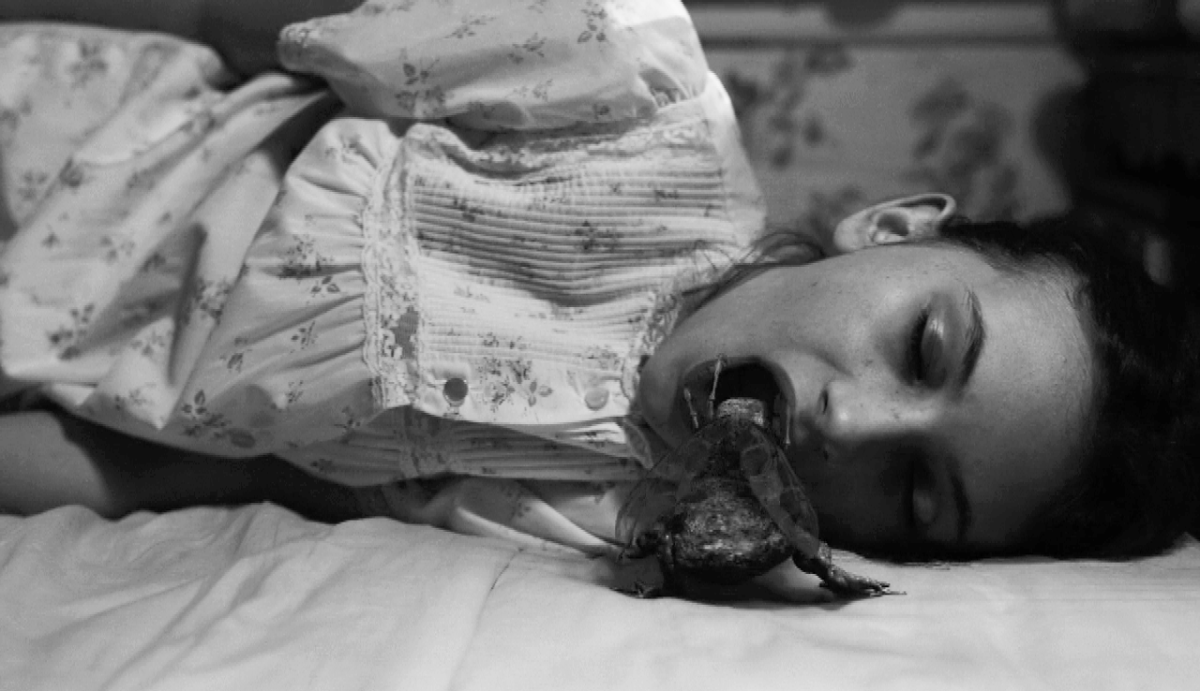 Extremely concerned with notions of space and time in her films, and with the possibility to play with them thanks to purely filmic tools, Deren’s thoughts apply perfectly to the world of Twin Peaks. Here too the nature of space and time gets distorted by the power of filmmaking. The very texture of this continuum gets modified – not so much by the use of slow-motion, for instance, but by the juxtaposition of distant actions thanks to editing so as to give the feeling that they influence each other at a distance; or by the clash of segments that take place at different times, as if they followed in close succession.

The stuff of which dreams are made of gets torn to pieces (the atomic explosion, Page’s shriek at the end of episode 18) and then rearranged, sewn together as a spacetime patchwork. Editing is akin to the art of sewing and that’s what David Lynch does when he juxtaposes scenes in The Return – he creates a patchwork that folds the structure of spacetime (the curtains of the Red Room, blowing in the wind as a watery element in the opening credits), even reusing segments from the first two seasons and Fire Walk With Me to create a new piece of art which defies linear time. One could argue that the various sub-stories of the Return (in Las Vegas, in South Dakota, in New York, in Twin Peaks, etc.) are sewn together by Lynch thanks to editing, creating thus the beautiful patchwork of the series as we know it (surprising at first in its diversity, and then slowly progressing towards unity).

Here’s what Maya Deren had to say about editing: “It must be obvious that a motion picture consists not of individual shots, however active, exciting or interesting they may be, but that, in the end, the attention is held by the way shots are put together, by the relationship established between them. If the function of the camera can be spoken of as the seeing, registering eye, then the function of cutting can be said to be that of the thinking, understanding mind.” (Creative Cutting) 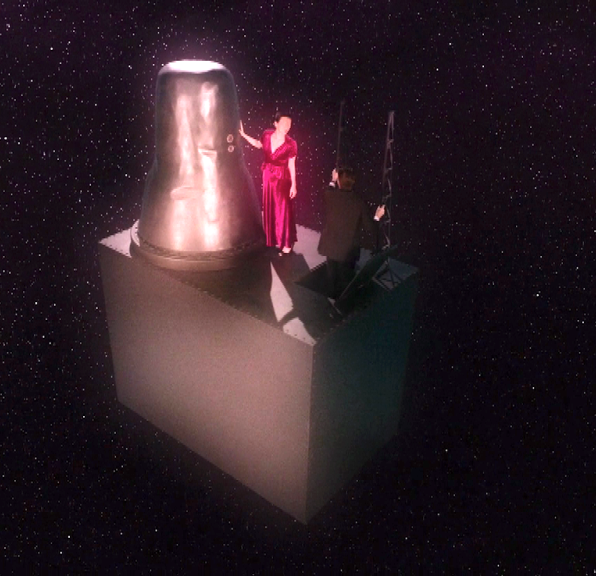 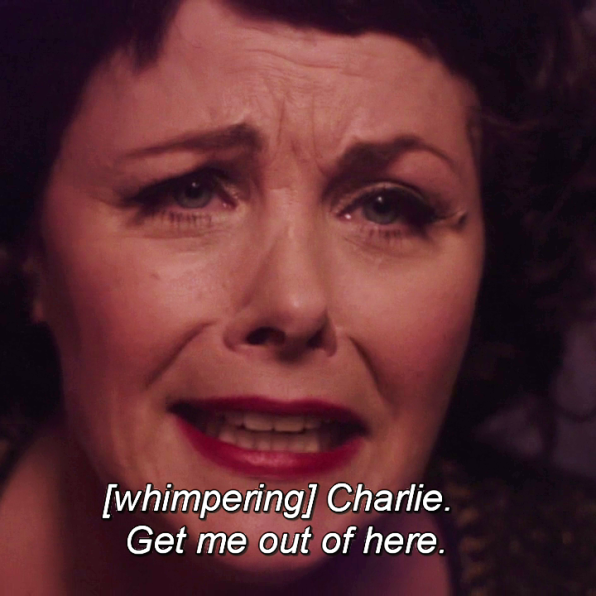 It’s interesting to note that the one thing that enabled the creation of the atom bomb (Einstein’s Theory of Relativity) is also the thing that explains the nature of the Universe, its curvature, in terms reminiscent of the influence of objects dropped on a cloth surface. Gravity curves space-time itself, changing the path that movements (in Space and Time) follow. 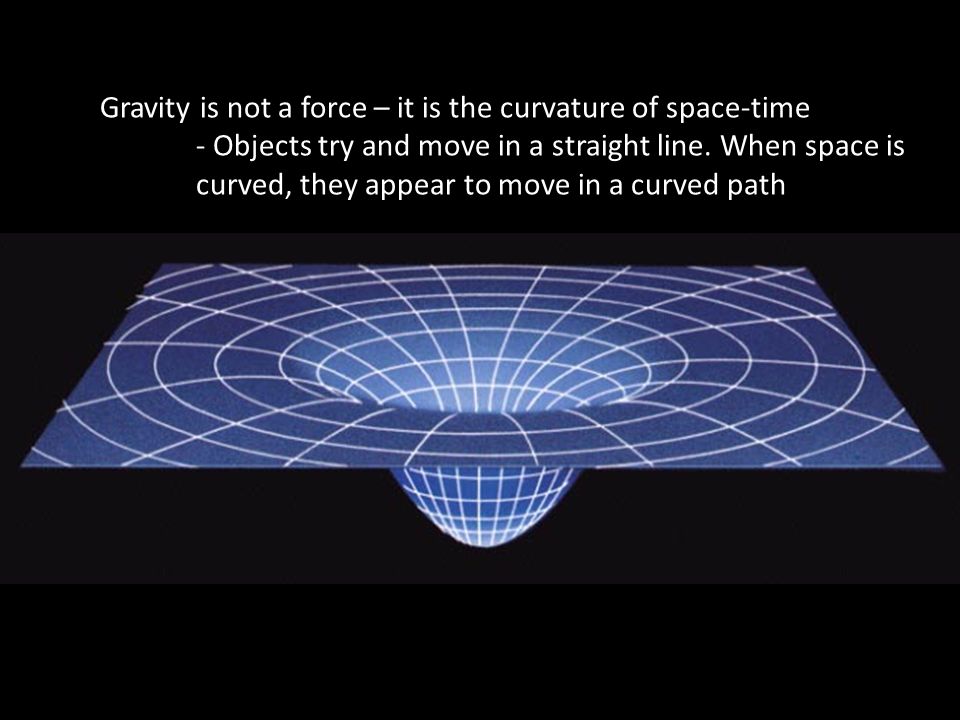 The one cosmic body that has the greatest influence on the nature of space-time is the Black Hole (where matter is compressed to a point, generating an enormous gravitational influence). Stephen Hawking actually named them “singularities”, locations in space-time where the gravitational field becomes infinite.

As we know, Lynch is very interested in the notion of a Unified Field – and interestingly, “the term was coined by Einstein, who attempted to unify his general theory of relativity with electromagnetism”. Electricity, magnetism, the curvature of spacetime all meet at the moment of the atomic explosion that takes place in episode 8.

To quote Maya Deren once more: “The theory of relativity can no longer be indulgently dismissed as an abstract statement, true or false, of a remote cosmography whose pragmatic action remains, in any case, constant. Since the 17th century the heavens – with God and His will – and the earth – with man and his desires – have rapidly approached each other. The phenomena which were once the manifestations of a transcendent deity are now the ordinary activities of man. A voice penetrates our midnight privacy over vast distance – via radio. The heavens are crowded with swift messengers. It is even possible to bring the world to an end. From the source of power must emanate also the morals and the mercies. And so, ready or not, willing or not, we must comprehend, with full responsibility, the world which we have now created“ 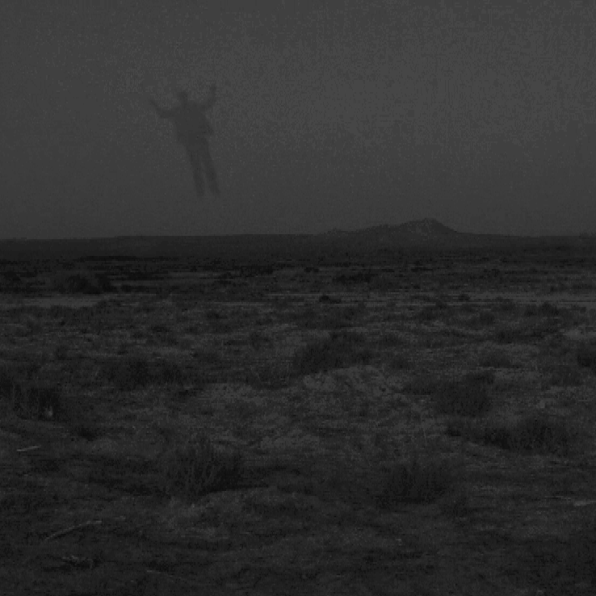 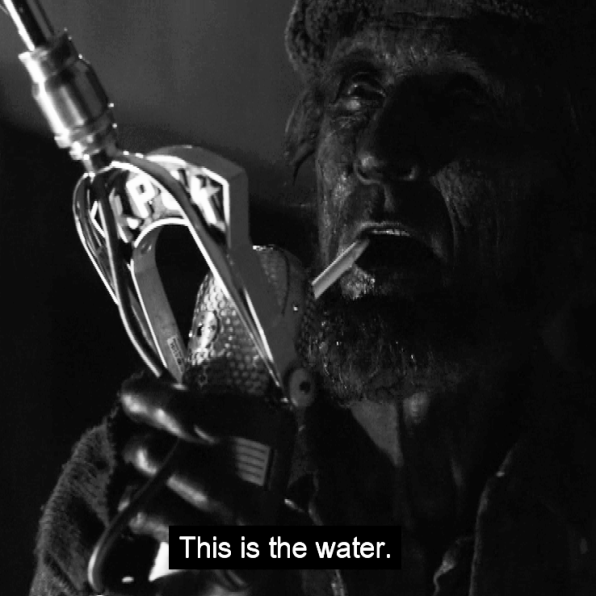