Episode 16 is very much concerned with modified states of consciousness, whether the result of a coma, as in Dougie’s case, or a dance sequence, as with Audrey. In both cases, the result is the same: the sleepers have awakened.

In Dougie’s case, it’s interesting to note that the wave patterns of his EEG are very similar to those he drew on the Lucky 7 Insurance files. Reminiscent of the chevron motif in the Red Room, they are all linked to the flow of electricity. 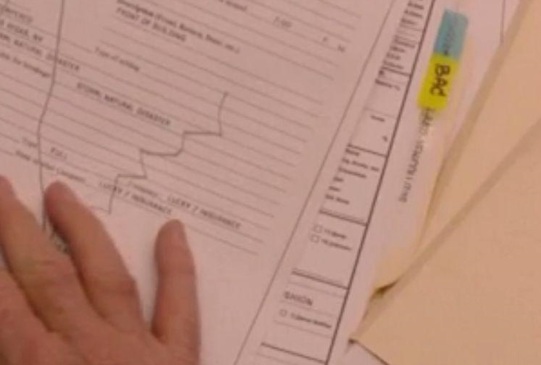 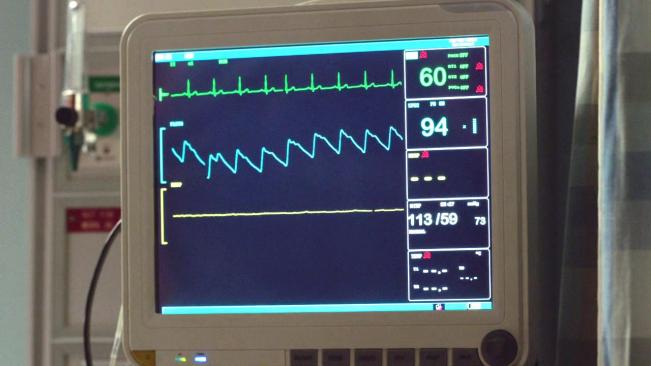 The Roadhouse dance sequence takes us back 25 years to the RR diner and young Audrey’s first interpretation of her stationary dance. It is not about conquering space, at least not the physical space (she’s not an astronaut) – it’s all about the space within (she’s a psychonaut). The music is so dreamy that she has to dive within towards the ocean of consciousness of Transcendental Meditation, which David Lynch describes in his book Catching the Big Fish. It’s a dance that is really a trance, a meditation synchronized to the audio waves of Badalamenti’s music. As with most of what takes place in Lynch’s universe, the dance results from the vibratory and ondulatory nature of things. Vibrations can take us to other dimensions and dance is one such vehicle, a way to transcend reality.

But of course, Audrey was already in an altered state of consciousness, without being aware of it. The Sartrean Hell in which she has been trapped now starts to make sense: she has been trapped in the Hell of her own thoughts, unable to leave the artificial reality created for her. Was she “sent” there on Mr. C’s orders as a way to cover up the fact that he probably raped her to beget a son, Richard? Or was this the result of her guilt linked to the conflict with her father? The answer to these questions is unclear for the time being. It seems that her dance triggered something in her, a reminiscence, a transcendence that helped her break ” beyond the wall of sleep”.

The dance takes place right after the live performance by Edward Louis Severson who sings: “And I am who I am, who I was I will never be again… I stare at my reflection to the bone… fearful of dreams, there’ll be no sleep tonight… there’s another us somewhere with much better lives“. The song is a perfect fit for what Audrey is experiencing and it echoes strongly with her words from episode 13. 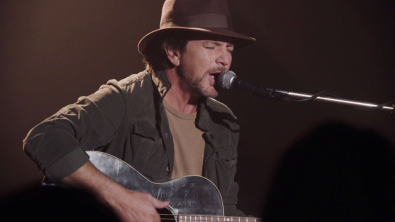 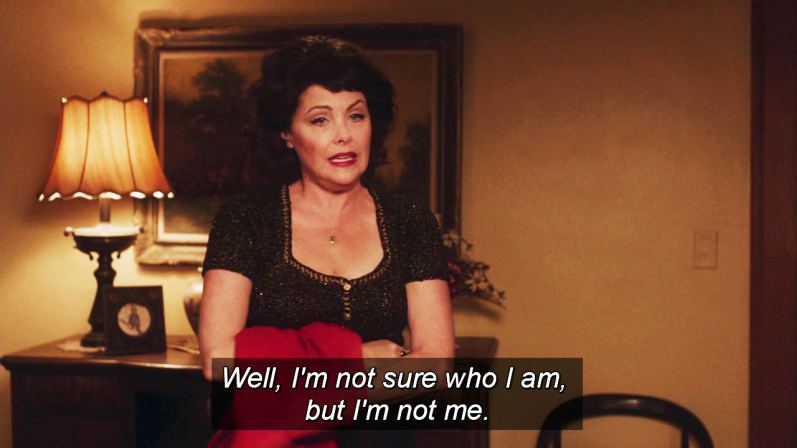 As for the dance itself, its dreamy nature is underlined by the multiple cuts that split it into slices of a filmed performance. The fact that the audience decides to line up in order to watch it is also a strong indication of its fantasy nature. Before the dance is over and Audrey asks Charlie to get her out, it has become clear that we are witnessing a fanciful mental image. Since she is dancing with closed eyes, it’s clearly all a “vision”.

At one point, she executes a gesture that is highly reminiscent of the one performed by Gordon Cole at the beginning of Fire Walk With Me. In my book Twin Peaks: Unwrapping the Plastic, I compare this gesture to the shape of a cage in which a bird might be trapped. Here, it’s Audrey who is imprisoned in her own mind. 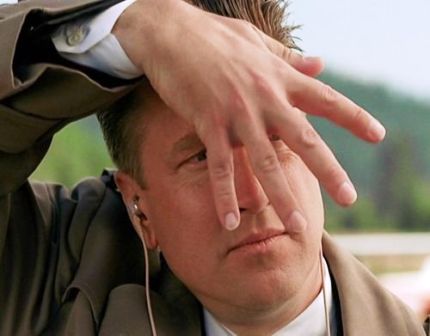 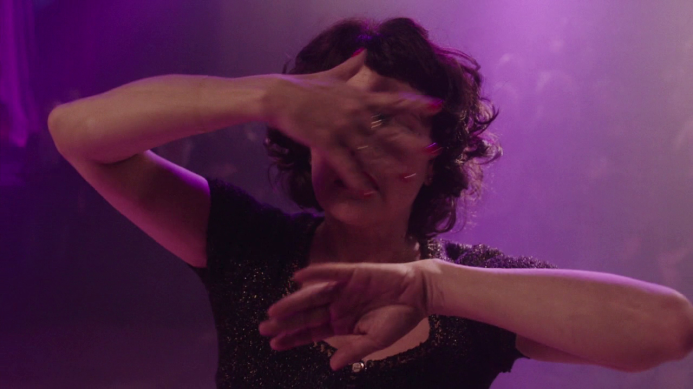 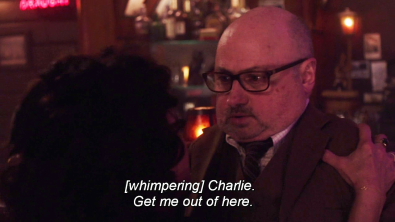 Hopefully, all the answers will come with next week’s double episode finale. Until then, it might be a good idea to revisit the various dance sequences filmed by David Lynch over the years, from the  the Lady in the Radiator ( Eraserhead ) to the Locomotion from Inland Empire. You can also read (in French) the detailed analysis of the opening dance sequence (the Jitterbug) from Mulholland Drive in Kino-Tanz by Dick Tomasovic (who also happens to be my doctoral advisor at the University of Liège