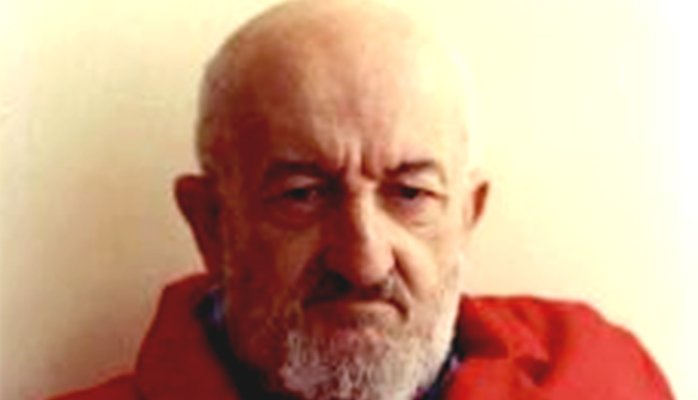 This blog post was liked and retweeted by Mark Frost

Who was Rampa? And why is he significant in relationship to Twin Peaks? 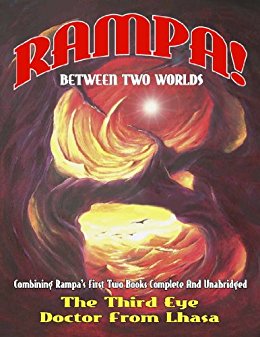 Here’s what Wikipedia has to say about Tuesday Lobsang Rampa: ” Lobsang Rampa is the pen name of an author who wrote books with paranormal and occult themes. His best known work is The Third Eye, published in Britain in 1956. Following the publication of the book, newspapers reported that Rampa was Cyril Henry Hoskin (8 April 1910 – 25 January 1981), a plumber from Plympton in Devon who claimed that his body hosted the spirit of a Tibetan lama going by the name of Tuesday Lobsang Rampa, who is purported to have authored the books. The name Tuesday relates to a claim in The Third Eye that Tibetans are named after the day of the week on which they were born.” He is considered to be a major figure at the root of the New Age movement.

The links between the Twin Peaks mythology and the writings of Rampa are numerous. First, of course, there is Tibet (not the real Tibet, though, but a Tibet that owes a great deal to Theosophy) and the mysteries that surround this country (including aliens): “Tibet is the most convenient country of all for flying saucers. It is remote from the bustle of the everyday world, and is peopled by those who place religion and scientific concepts before material gain. Throughout the centuries the people of Tibet have known the truth about flying saucers, what they are, why they are, how they work, and the purpose behind it all. We know of the flying saucer people as the gods in the sky in their fiery chariots. But let me relate an incident which certainly has never been told before in any country outside of Tibet, and which is utterly true“.

In Tibet, he claims to have traveld several times to Shambala. In Tibetan Buddhist and Indian Hindu/Buddhist traditions, Shambhala is a mythical kingdom hidden somewhere within inner Asia. Shambhala is said to be protected by an ‘akashic veil’ which renders it invisible and impenetrable – as are the Lodges, hidden behind their curtains in Glastonburry Grove. The ruler of Shambhala is ‘ever vigilant in the cause of mankind: he sees all the events of earth in his ‘magic mirror’ and ‘the might of his thought penetrates into far-off lands – this is reminiscent of what the Fireman does in his citadel. The concept of Shangri-La, as first described in James Hilton’s 1933 novel Lost Horizon, is said to have been inspired by the Shambhala myth. Mark Frost’s interest in this book and Frank Capra’s cinematic adaptation of the story are well known (see Frost’s YA trilogy  The Paladin Prophecy, for instance). The Himalayas and the Northwest-Pacific mountain range appear to be, in his mind and David Lynch’s, almost indistinguishable and the town of Twin Peaks is certainly a warm haven in the midst of the wilderness that surrounds it.

Here’s what Rampa writes about his first expedition to Shambala in the Himalayas: “Here – nearly thirty thousand feet above the sea, in the Chang Tang Highlands of Tibet, we were toiling upwards, upward… For that night we rested in the warmth and comfort of the Hidden Land. We found ease and relaxation on a soft bed of moss, and in the morning we gratefully bathed in a warm, broad river before setting out on another days march. Here in this land there were pleasant fruits which we took with us for our meal, a satisfactory change indeed from the eternal tsampa… My guide, the Lama Mingyar Dondup, broke our awed silence, saying. ‘This was the home of the Gods half a million years ago. During those days men strove against the Gods, and invented a device to shatter an atom, which wrought disaster on the earth, causing lands to rise and lands to sink, destroying mountains and creating anew. This was a mighty city, the metropolis, and here was once the sea-shore. The convulsion of the earth, which followed, and the explosion – raised this land thousands of feet, and the shock of that explosion altered the rotation of the earth. We shall go closer, and we shall see other parts of the city embedded in the ice of the glacier- -a glacier which, in this hot valley, has gently melted – leaving intact these ancient buildings.’ We listened in fascinated silence, and then, as if by one common impulse, we moved forward. Only as we came close to the buildings, did it become apparent to us that the people who had lived here must have been not less than twelve feet tall. Everything was on a giant scale, and I was forcibly reminded of those huge figures which I had seen deep in the hidden vaults of the Potala“. (link)

Interestingly, he was convinced of the existence of “auras”, an “electromagnetic field” surrounding people which he claimed he could see, that revealed to clairvoyants such as himself, the true personality of people. In my book Twin Peaks: Unwrapping the Plastic I write about “Laura’s aura”, and it seems that there might be a bridge between what I discuss in these pages and the teachings of Rampa.

His travels to the mythic underground realm of Agharta, the capitol of the Inner Earth, can also be linked to Mark Frost’s many references to Lemuria and Hollow Earth theories in his latest book, The Secret History of Twin Peaks. Such a network of tunnels and caves could very well be connected to the Owl Cave in Twin Peaks, explaining the presence of the Lodge entities and the telluric alien influence monitored by Major Briggs under the forest. “‘These mountains are far to the north of our own Himalayas’ he told me… We are now deep in a part of Asia that not only is inaccessible by the hazards of the landscape, but also by the local governments and current political situation. This area is forbidden territory as it is said the nearby Pamir plateau was once the garden of Eden“.

This idea of a garden is omnipresent in Twin Peaks. In my book, I  describe the Red Room as a rose garden, a secret garden of sorts, a Temenos where the process of individuation can take place. In Rampa’s book The Hermit, the story begins with a blind old Tibetan hermit imparting his knowledge to “the chosen one”. In his youth he had been abducted by an advanced race that revealed themselves as “the Gardeners of the Earth”: “The Gardeners decided that even though the auras of the human race were faulty, mankind would be given another chance. However, if humans did not heed such warnings and stop polluting their planet with radioactivity, the Gardeners would be forced to intervene at any time in the future. Lobsang Rampa wrote extensively of inhabited, underground caverns, tunnels and cities in Twilight, As it Was and ‘The Subsurface World’ chapter of My Visit to Venus. In Twilight, he introduced the topic of the subterranean realm of Agharta (or Agharti) with its capital city Shamballah (or Shambhala) and omnipotent ruler, ‘the King of the world‘”.

One could dedicate much time listing all the possible links between the books of Rampa and Twin Peaks, but here are several pertinent examples to Twin Peaks in general and season 3 in particular. In The Rampa Story (1960), he writes: “For two days and nights I slept, my exhausted body hovering between two worlds“. This of course needs to be compared to the famous mantra from Twin Peaks: “Through the darkness of future past, the magician longs to see, one chants out between two worlds, fire walk with me”.

More directly connected to season 3 are the following lines, from the same book: “The priests of Egypt had a science which had been lost to the present-day world, the science of creating Thought Forms to do tasks which are beyond the skill of the human body”. In episode 14, Tamara mentions “Tulpas” in relationship to Lois Duffy’s doppelgänger – Tulpas are thoughtforms in Tibetan mythology.

Here’s what Rampa writes about them: “At all times we must speak to the Thought Form which we have created in a firm, positive voice. There must not at any time be any suspicion of negativeness, nor of indecision. We must speak in the simplest possible language and in the most direct manner possible. We must speak to it as we would speak to a very backward child, because this Thought Form has no reason and can accept only a direct command or a simple statement“.

What better description of Dougie Jones could there be?