Ever since I viewed the first episode of the new season of Twin Peaks, there has been something about the opening credits that struck me as strange. Something felt off when the camera was flying above the forest, right after Laura’s ghostly image had disappeared from the frame. It felt as if something was superimposed on the fly-off. I now believe that I have “seen” what was masked there, within the trees.

The first things that I saw were portions of a head and a hand. And then I saw a body lying amid the trees. And then another body on top of it, with its hand on the first body.

Here is what I see in this image: Which of course reminded me of the following image: 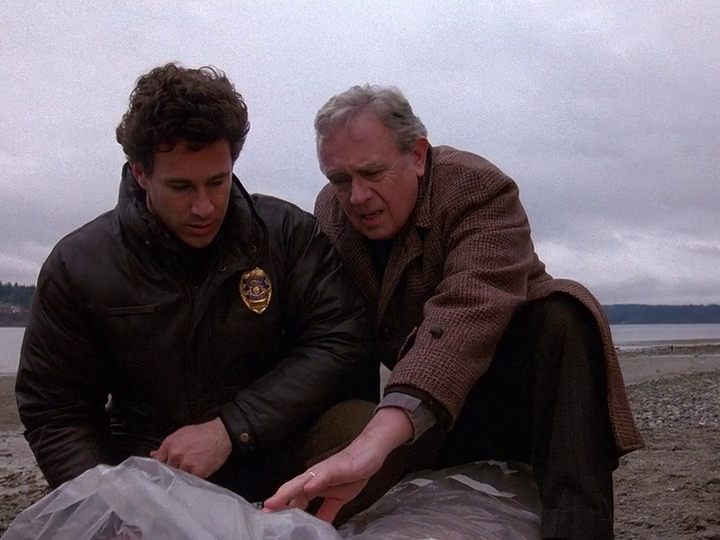 So what is this all about?

I believe that the body hidden in the forest/rocks (“faces of stone”) is Cooper’s. And I think that season 3 will end with his return to Twin Peaks in a similar manner to Laura’s first appearance on the show: on the beach (the sea of clouds), with someone looking over the body (sheriff Truman, judging by the shape of the hat).

This would close the circle perfectly and bring us back to the very beginning of the series, linking both its main characters, Dale and Laura. It would be their alchemical wedding of sorts.

Am I seeing too much in this image? I think not.

I now believe there might be a third person in this image: All of this probably should probably be contextualized within the framework of this image (“faces of stone”): 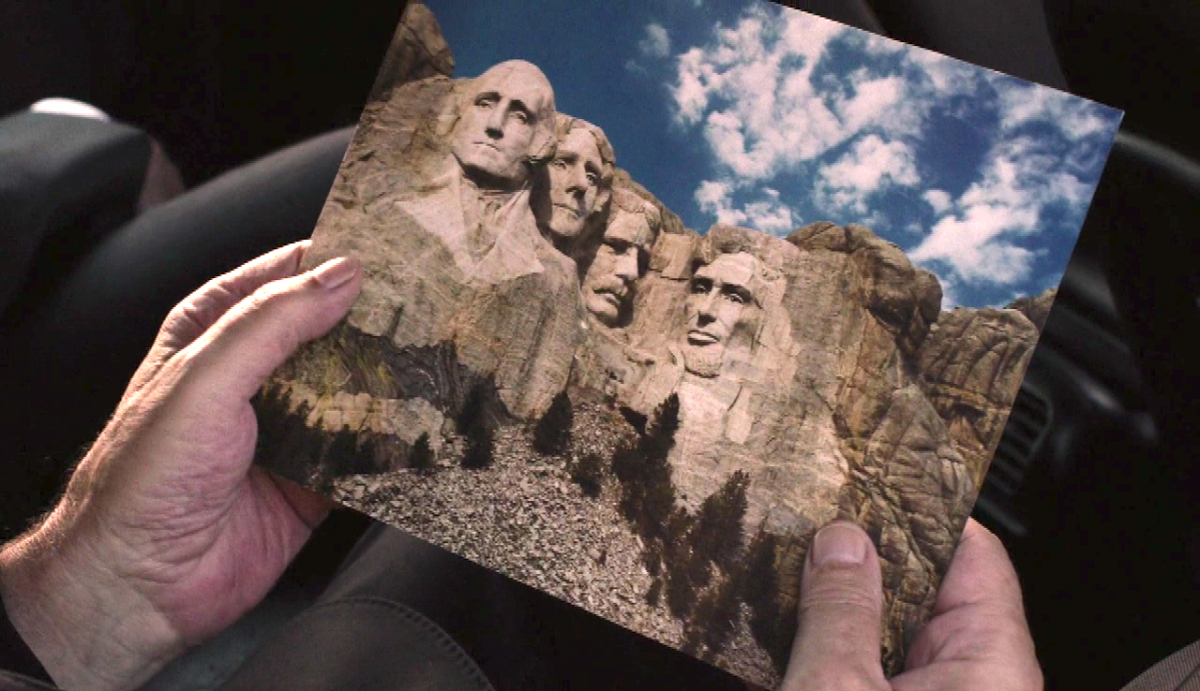 Also, in Mark Frost’s The Secret History of Twin Peaks: “Under confidential orders from the president, Lewis traversed an untamed wilderness and returned triumphant. Based on my recent findings it is reasonable that Jefferson sent Lewis not only to find a “Northern Passage” to the Pacific — history’s standard narrative — but to investigate many strange rumors and claims stemming from this region: an unknown tribe of “white Indians“, the existence of fabulous gold and silver mines, the possible existence of mastodons, sea monsters and other quasi-mythical beasts, as well as traced of ancient, vanished civilizations, including a mysterious race of giants“. Tamara Preston adds a note: “I can verify that there are dozens on 19th- and early-20th-century newspaper stories from across the country detailing the recovery of various “giant skeletons” — usually seven to nine feet tall — most often from ancient burial mounds. These are believed to pre-date any previously known North American civilization“. (p.33)