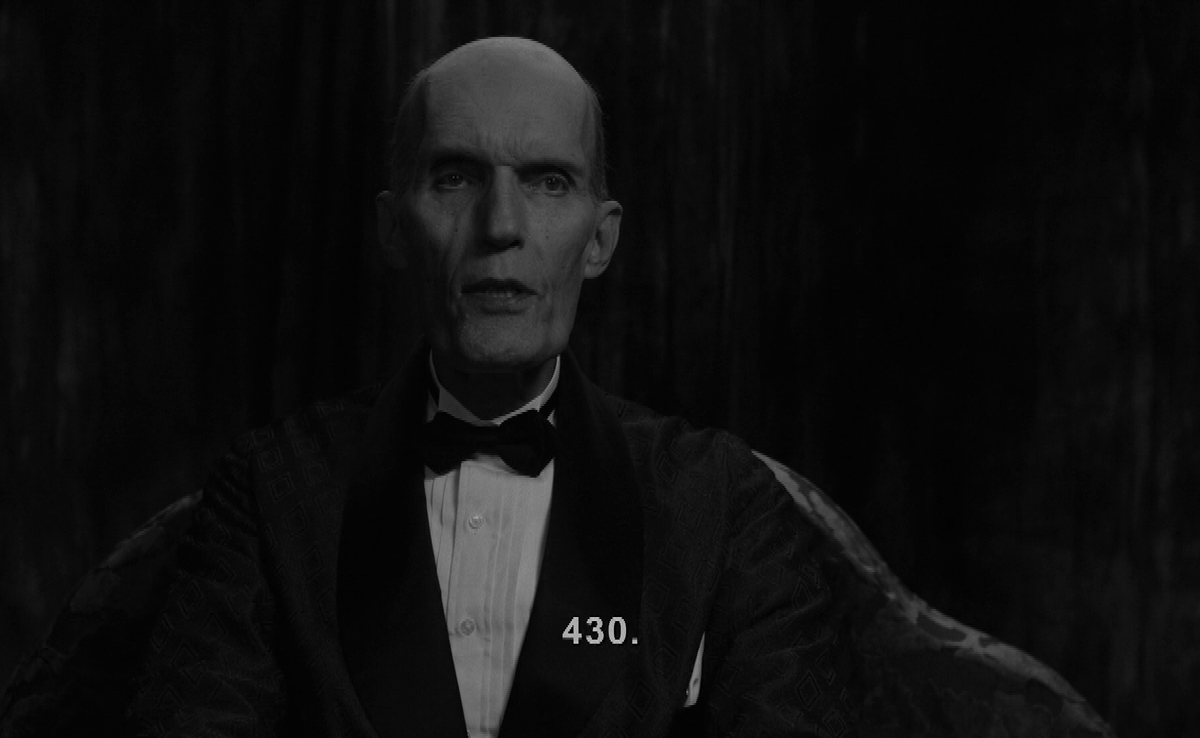 At the beginning of the first episode of the new season of Twin Peaks, the Giant and the good Dale Cooper are seated in front of each other in a black and white world (the past?). The Giant communicates a series of clues to Cooper, including a number: “430”.

Later, in the second episode of the new season, the evil Dale Cooper (Mr. C) explains to Darya, his partner in crime (soon to be disposed of), that he’s supposed to be pulled back into the Black Lodge. Of course, he has no intention of letting this happen. This is why he asks Ray Monroe (as often occurs in the show, one can find clear links between a character’s name and water/streams/oceans: is it Ray as in a ray fish? Monroe comes from a Scottish surname meaning “from the mouth of the Roe”, a river in Ireland; and in modern Persia, Daria means “sea”) to get information from Bill Hastings’ secretary concerning certain geographical coordinates (numbers, letters).

The evil Dale then brings up a map of South Dakota on his computer screen with the location of the Yankton Federal Prison in South Dakota, where Ray has supposedly been incarcerated for carrying guns over the state line.

When one computes the geographic coordinates of the prison, it appears that it is situated at a latitude of precisely… 43.0° north of the equator (by roughly -97.3° west of the Greenwich meridian)! The Giant was informing the good Dale about the place to find his doppelgänger, soon to be incarcerated in that prison following his spectacular car crash.

As far as the clue given by the Arm (“253, time and time again”), it is now clear that this was meant to warn Cooper about the time when the exchange between Mr. C and himself would take place. The Arm was giving him time coordinates, the moment that directly led to the incarceration of the evil Dale at Yankton.

The Arm’s message implies that the event may take place several times. Will the location also change each time?