This post is not about the (excellent) Adrian Lyne movie of the same name from 1990, but about the recurring masonic symbolism of the ladder one can find in Twin Peaks (and more precisely in The Secret History of Twin Peaks).

Beyond the reference to the Book of Genesis and its ladder from Earth to Heaven (Jacob’s Ladder), this device is to be understood as a symbol of moral and intellectual progress, a succession of steps and degrees to reach perfection (a stairway to Heaven). Climbing the ladder leads from unconsciousness to the collective unconscious, from Earth to light, from lead to gold,  and from the body to Nirvana. A ladder with three rounds, as the one seen on Lewis’s apron, is usually associated with copper (or is it Cooper?) and Venus (as one can easily see in the Red Room).

In my book Twin Peaks: Unwrapping the Plastic, I argue that “Twin Peaks is fundamentally about one thing: the ‘process of individuation’ described by Carl Gustav Jung, that is to say, the integration by the various characters of the unconscious elements of their personalities in order to evolve as individuals“. The ladder is a visual materialization of the progress achieved by the characters throughout this process.

The image of the ladder already played a crucial role in Dreams That Money Can Buy (1947), a film that had an important influence on the creation of Twin Peaks. Hans Richter’s “blue man” uses the ladder to reach a window near the end of the film, while its rungs disappear one by one in front and behind him. His intrusion through the building’s window is highly reminiscent of (blue) BOB’s appearance at Laura’s bedroom window in Twin Peaks (question: why does BOB need to penetrate her bedroom via her window if he indeed possesses Leland, whose bedroom in on the same floor as Laura’s?). BOB probably uses a tree to reach that window, a good substitute for a ladder (made from the same wood, as the tree Yggrasil in Scandinavian mysteries, a cosmic tree = an axis mundi). 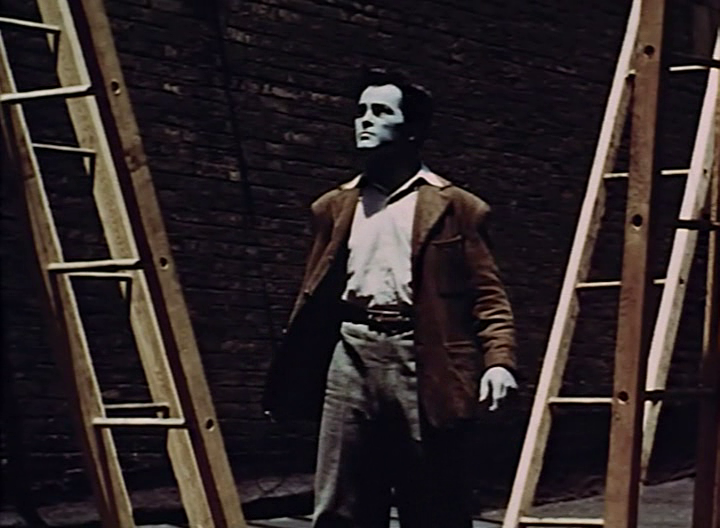 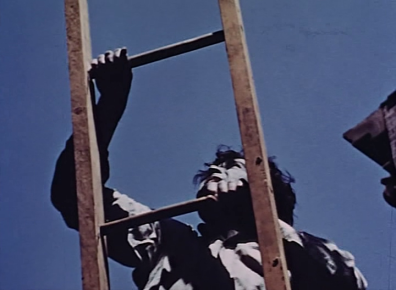 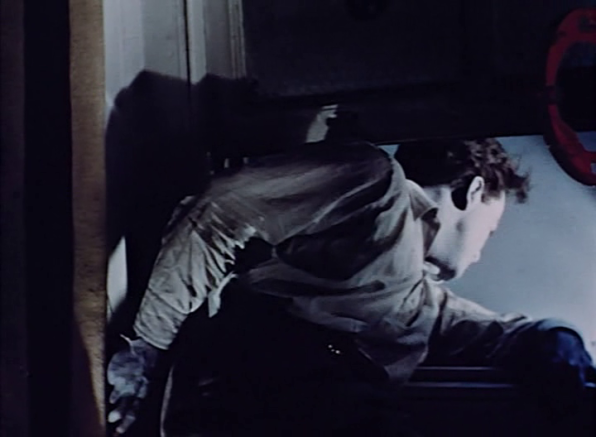 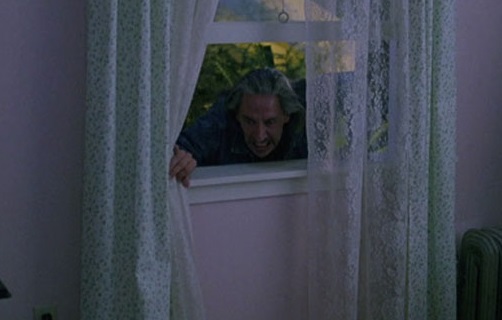 The image of the ladder also appears several times in The Secret History of Twin Peaks, a book highly influenced by Freemasonry, associated with a positive force in the history of the United-States. One can find it on Meriwether Lewis’s apron (as noted in my previous post), but also on the picture of the Bijou Opera House, under the sign announcing the screening of the 1940 Northwest Passage film with Spencer Tracy, Twin Peaks’ original title. This ladder reaches towards the passage (not to the Pacific ocean but to the ocean of consciousness?) that is implied to be in Twin Peaks. It might very well be the one in the Owl Cave and its labyrinth of volcanic tunnels leading to… the Hollow Earth? (more about that soon, in an upcoming post).

Even more interesting, one can see the first man on the Moon climbing down a ladder on the stamp found on Norma Jennings’ postcard to her mother. This ladder is inverted compared to the one found on Lewis’s apron. In this image, it literally gains back its status of “stairway to heaven”, taking us humans to our planet’s satellite – actually, two globes (one terrestrial and one celestial) are drawn on the apron, on the pillars of the Temple of Solomon, towards the top of the ladder. As a result, setting foot on the Moon is  directly linked to Lewis’s colonization of the West – it is the new frontier of the American dream.

Last but not least, let us take a look at one of David Lynch’s paintings below. Once more, we find the connection between the ladder and the tree. Every episode of Twin Peaks starts on top of a tree, remember? (opening credits) In this painting, the blurred figures of the dancing couple become inseparable, they become “one”. It is as if this dance was supposed to continue by climbing on top of that branch thanks to the ladder, and from there, towards the Eye in the Sky…